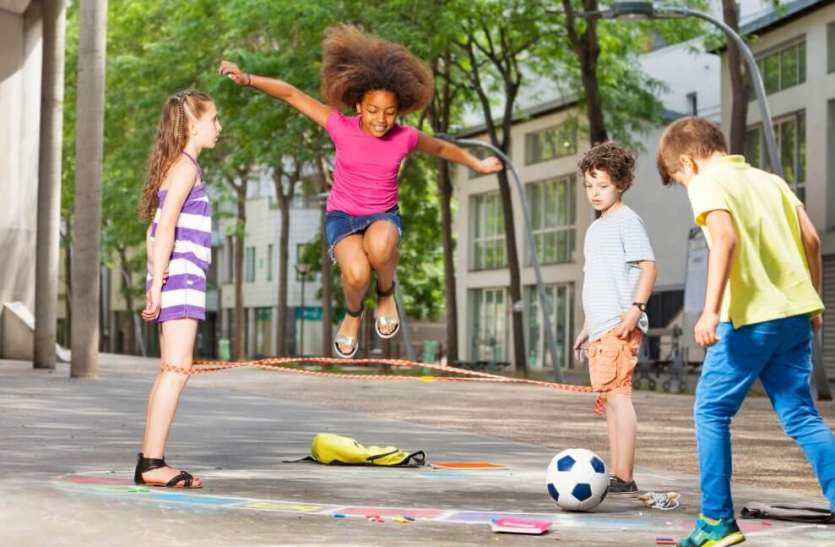 Benefits of Kids Playing Sports: Play is very important for the development of children. Playing and playing increase the capacity of physical labor in children and it also develops mentally.

New Delhi. Ever since the corona has come, children have stopped playing in the park. Due to this epidemic, there has been depression and a kind of irritability in the children, because this epidemic has removed not only the children but also the elders from physical activity. Due to which people have been exposed to stress, irritability and many other diseases. Taking your kids towards physical fitness will make them stronger and may reduce the risk of diseases. At the same time, they learn a lot from others in the outside environment. According to a study, it has been told that children’s stress is reduced by playing sports. That is why playing is very important for the good health and development of children. Let us know how children’s play reduces irritability and what benefits they get.

Also read: Mobile is proving fatal for children, know what are the ways to avoid it

Children become strong by playing and playing, and their ability to do physical work also increases. By being active like this, children do not forbid any work. At the same time, their ability to bear pain from a fall or injury increases. It has a positive effect on children and children remain healthy.

Play helps in the mental development of the child. Due to mental development, they are ready to face any situation on the playground. Often children keep imitating their elders, instead of scolding them, attention should be paid to their creativity. Children should be asked to play in groups if possible, as this increases their ability to think and contemplate. He should be encouraged for such creativity.

Children who play regularly not only have physical and mental development, but they also remain free from irritability and stress. Through play, children are able to face the challenges of life. Children are excited while playing.

Play also develops the brain of children. It is also necessary for children to be mentally strong to survive the struggles of life. The defeat in the game prepares them mentally to face all kinds of challenges and accept defeat. Children connect with each other while playing and it is through these games that they also learn self-control.