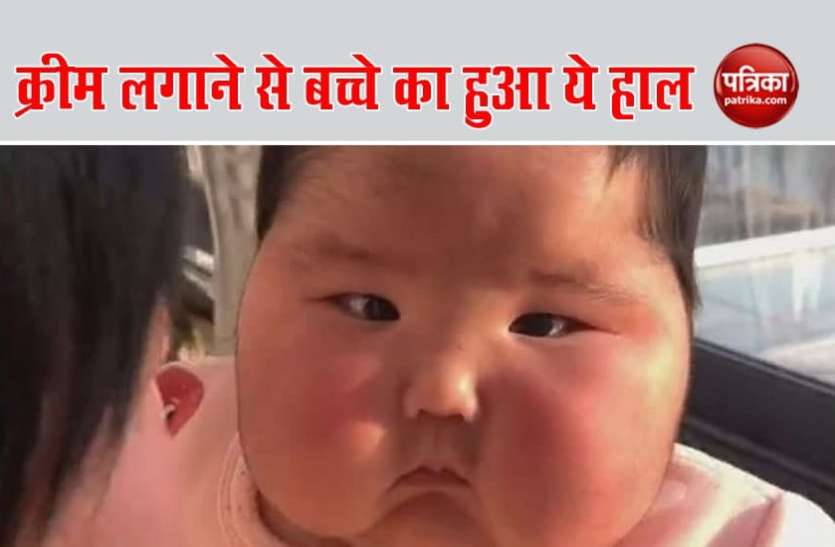 New Delhi, Every parent makes every effort to make their child healthy, fit and healthy, but when this effort becomes the cause of trouble, then it becomes a problem for the parents. This happened in Zhangzhou, Fujian province of China. A mother living here applied cream to repair her child’s dry skin. Instead of healing the skin, the cream inflated the face like a balloon. Seeing such condition of the child, the mother became very scared.

The mother reached the hospital with the child, even the doctors there were scared once after seeing the face of the child. Even after investigation in the hospital, the reason for this condition of the child could not be known. The most surprising thing was that more children suffering from the disease were coming there. The doctors of the hospital conducted a more thorough questioning of the parents of the victim child, which revealed that a special type of cream was being applied to the child, the doctors were surprised to examine the cream, in fact the cream was a steroid cream.

Let us tell you that steroid creams are applied to develop the adult body, to make the hair thick. Even adults use that cream in limited quantity. This was the reason that the face of innocent children used to swell after applying cream. The children were treated for two consecutive months, only then the children were able to come back to their original form. On the other hand, the administration has taken action against the company making that cream and instructed to remove such cream from the market.