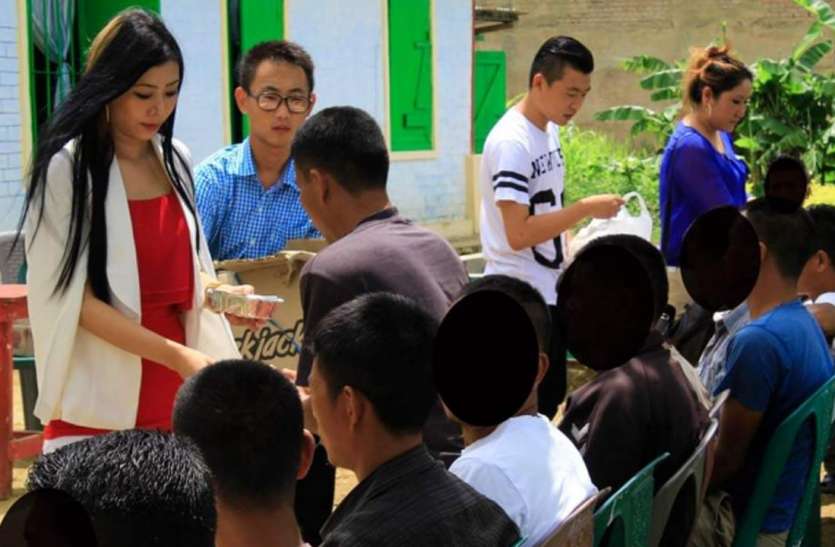 It is said that if you have good intentions to do something for your society, then you get the destination in any situation. An example of this is Imlibenla Vati Nienu, a resident of Nagaland. Who first became an inspiration for girls by becoming Miss World Beauty India with her good thinking. Now she is preparing to enter the election field to serve her society and people.

New Delhi: The girl who once hesitated to go to school wearing a skirt, did not know that one day she would become Miss World Beauty India. They say that if you have noble intentions to do something for your society, then whatever the situation may be, you get the destination. Imlibenla Vati Nienu, a resident of Nagaland, proved this to be true. With this work, Imlibenla first became an inspiration for the girls and is now preparing to contest elections for the betterment of the people.

No data to display.

The figure of 36 lived from boys

Imlibenla Vati was born in 1995 in Nagaland. When Imlibenla was young, she used to refuse to go to school wearing skirts. She was not afraid of boys at all. When a boy made a comment, she used to give a befitting reply to it. Due to which he used to fight with most of the boys. Imlibenla loved sports as well as studies. That’s why she used to do football and kick boxing. Along with this, he represented Nagaland in class 9 at the National Level Science Exhibition.

Miss Nagaland at the age of 17

Imlibenla was crowned Miss Nagaland in 2012 at the age of just 17. In the same year, she participated in the Miss Mockachung contest and was the runner up. After this, in 2015, representing Imlibenla North East, participated in the Rubaru Miss India Elite Contest and won. After this, Imlibenla represented India in the Miss Asia Pacific World 2016 held in Shanghai, China and was the runner up. Now Imlibenla is going to contest from Angoja ward for the municipal council of Nagaland.

Let us tell you that Imlibenla has been the brand ambassador of Tourism and Humanity. During the Corona period, he served and helped the needy people a lot. He got the people treated by organizing medical camps, distributed wheelchairs and blankets etc. to the poor. Imlibenla likes to sit among destitute elders, talk to them, help them.

Imlibenla says that the joy that comes in helping others is not found anywhere else. Now for the happiness and help of the people, she will contest elections in the coming time. For which Imlibenla has started her preparations.