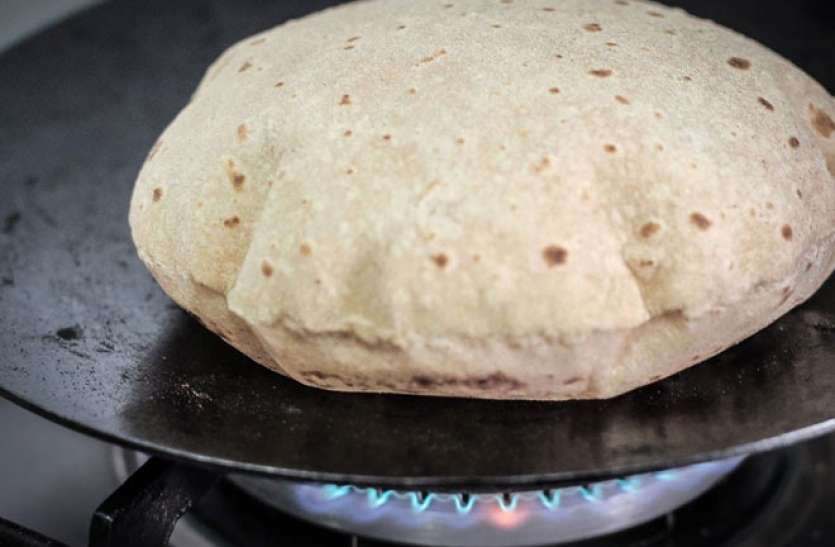 How To Eat Chapati Bread: Many of us adopt good diet to stay healthy, but if the way and time of eating any food is not right, then you will not be able to get enough nutrition for it.

New Delhi. How To Eat Chapati Bread: In earlier times, people used to strictly follow the eating habits and time. Even though he was not so familiar with its scientific aspect, but he used to take full care of what, when to eat and how to eat it. Due to which diseases also used to be much less at that time than today. But at present all of us especially the young generation do not pay much attention to this matter. Due to the disregard of these bad habits and rules, today diseases like skin, hair, cardiovascular and digestive, gas and obesity are seen in every other human being.

• Follow the right approach
Whether the roti is of wheat, gram or any other grain, to get its full nutrition, eat it by dipping it in vegetable, curry, curd or raita. Because zinc is not well absorbed from cereals by eating only bread alone.

• Put peanut butter on wheat bread
In earlier times, people used to eat roti by applying a lot of ghee, but nowadays people prefer to eat plain roti in order to remain slim trim. But let us tell you for information, when we eat desi ghee or peanut butter on a roti, then our body gets a good amount of amino acids from it. Our body needs amino acids only when our body synthesizes proteins. And because wheat bread is low in amino acids, that is supplemented by eating peanut butter, and these two together make synthesis good. Although peanut butter has also been called a power house of health.

• If you want to lose weight
Some people stop eating roti in order to reduce their weight. But people forget that, for weight loss, it is not necessary to stop eating roti, but it is necessary to know how much roti you eat. The amount of roti eaten is different for women and men. For example, women who want to take in 1400 calories according to the diet plan, they should eat 2 chapatis in the afternoon and 2 in the dinner. Apart from this, according to the diet plan of 1700 calories, men can eat 3 rotis in lunch and 3 in dinner.

• Don’t forget the right time
Although most of us consume roti in lunch and dinner, but according to experts, it is better to eat roti during the day. Because the fiber present in roti slows down its digestion process. When we eat roti for dinner, the digestion process continues even during sleep, which is not good for our body. On the other hand, if we eat roti in lunch, then it gets digested properly by the physical activities of the day.