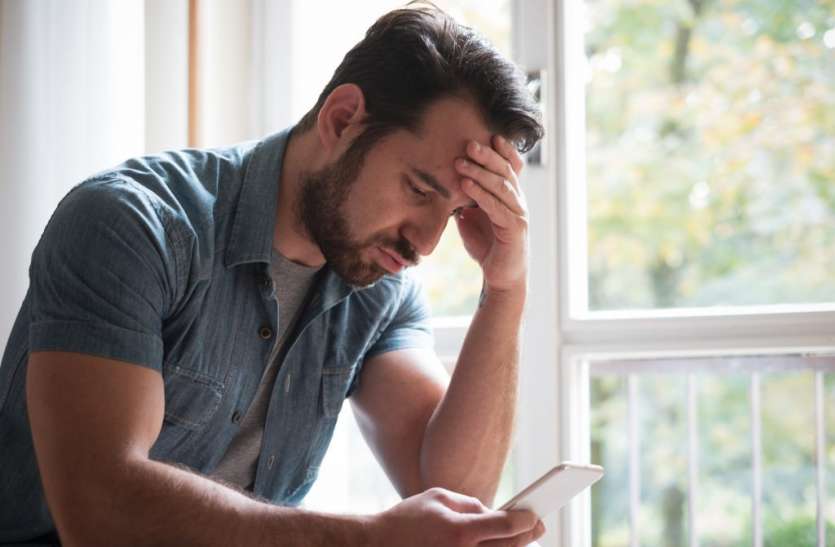 Excessive Use of Mobile Phones: Excessive use of mobile phones is not only dangerous for your health but is also causing the problem of impotence in men. It directly affects the sperm of men.

New Delhi. Nowadays smartphone has become the most important part of people’s life. Along with staying connected with people and relatives, smartphones are also a great source of entertainment. Most people don’t take their mobile phones away from themselves. Ever since the Internet and smartphones have reached everyone, then its use has started getting a lot more. People have started spending more time with the smartphone, nowadays people have started using it more due to some work or to pass the time. But excessive use of smartphones has a bad effect on your health and eyes. Apart from this, it has been found in a research that excessive use of mobile phones can make men impotent. It has a bad effect on the sperms of men and reduces their number and capacity by twenty to thirty percent. Let us know how mobile phones have a bad effect on the sperms of men.

What do the experts believe

According to the study, excessive use of mobile is not only dangerous for your health but is also causing the problem of impotence in men. In such a situation, many fertility experts have warned that a person who is using a mobile phone for at least an hour a day, his sperm count is decreasing or there is a huge decline in the quality of his sperm.

The first study in this subject in India was conducted in 2008 at Kasturba Hospital in Manipal on 7,700 men, in which the sperm quality of men was found to be poor. At the same time, a research by the Indian Institute of Medical Sciences, Delhi showed that the number of sperm per milliliter of sperm has come down from 60 million to just 20 million over the course of three decades. A study conducted on the sperm of 19,734 healthy men present at the Central Drug Research Institute in Lucknow found that there was a true decline in the composition and activity of semen.

Read also: Worried about the frequent discharge of the phone? Do fast charging by going to this setting

is harmful to the eyes

The brightness of the smartphone and the continuous use of the phone have a bad effect on our eyes. The light emitted from the phone directly affects the retina, due to which the eyes start to deteriorate quickly. Not only this, gradually the ability to see also starts decreasing, due to which the pain in the head starts increasing.

harmful to the heart

Along with having a bad effect on the DNA structure of the person, mobile radiation also damages the heart. According to experts, by keeping a mobile in the pocket of paint, the radiation weakens the pelvic bones of the person and reduces the density.

What is the way to avoid this

To avoid this, it is necessary to keep the mobile in your bag while going to the office. Keep some distance from it even while sleeping and sitting. Do not make the mistake of talking while charging the mobile. It is many times harmful for health. It directly affects the sperm of men.

Read also: You can follow these tips to get a happy and healthy life, diseases will also remain away